We have spoken about the Muha Meds brand of THC vape cartridge before. While they are just as active on the black market – and just as absent from the white market – as any other brand, person or persons unknown always step forward to claim to speak for the “brand.” We see a lot of evidence that they’re also pretty feisty for others to deal with too.

Despite the litany of excuses we’ve heard for this brand in the past, there is still no effort to license and legitimize the business. We’re out of patience for them to do so. Furthermore, whomever is behind this brand causes nothing but trouble in the cannabis community, which we’ll focus on here.

Proof that not all Muha Meds come from a central source

We can’t believe that people need to be shown this. Muha Meds seem to have gotten a pass as being a “street brand” which is supposed to be unlicensed but still legit, like many brands that go around the underground sesh scene. 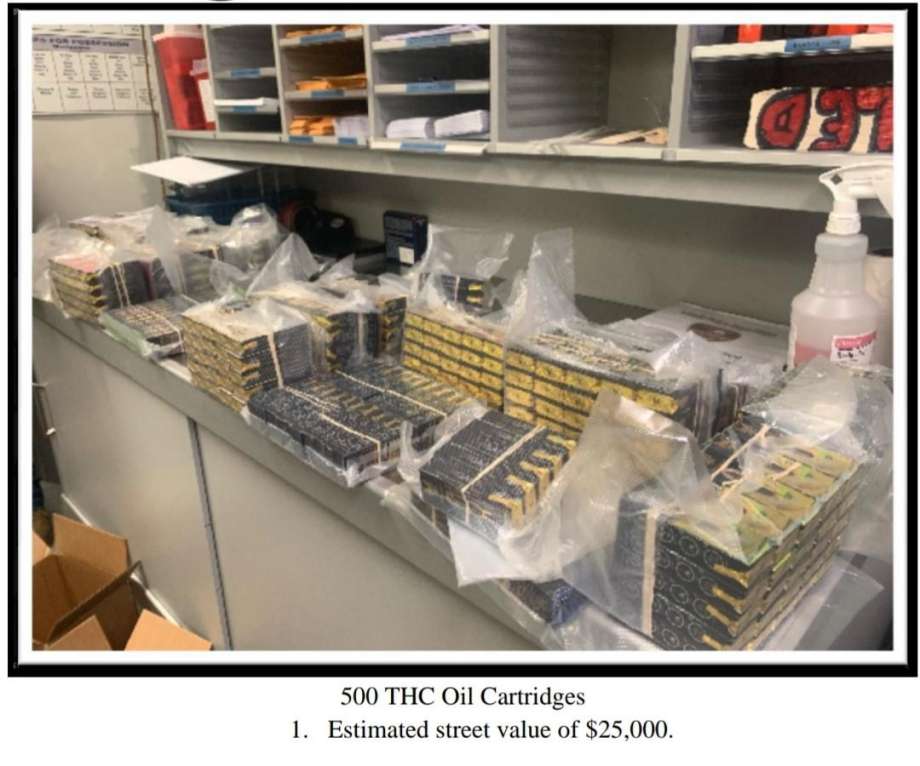 But here is a recent (December 2020) bust in Laredo, Texas, where the perpetrator had 500 THC carts, shown here to be the Muha Meds brand. He was apprehended after receiving THC oil in the mail. Postal officials do check and will report THC cannabis products regularly.

Muha Meds shills have the nerve to call out other brands!

This little Instagram tussle popped up a couple months ago: 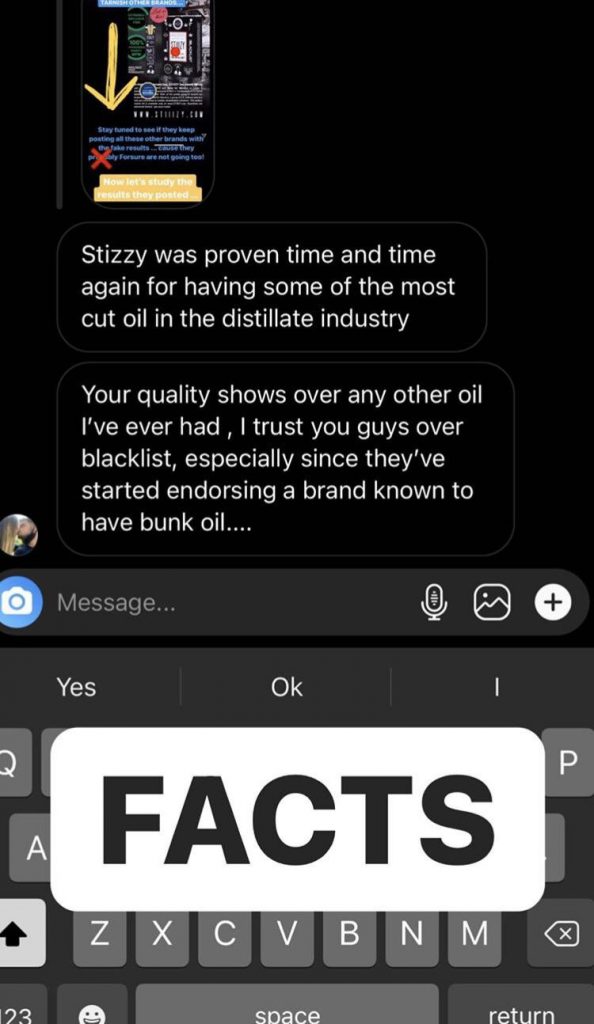 Muha Meds lashing out at Stiiizy, of all brands. We’ve reviewed a lot of Stiiizy over the years and while we’re not the first to jump up and defend them, the gang behind Muha Meds has (a) crossed a line here, and (b) has zero room to talk no matter whom they’re calling out.

What’s the deal with BlackListXYZ? It’s a weird little site that appears to be mostly about the cannabis industry, but has a posting policy similar to an imageboard-chan site – anybody anonymous can submit content. Apparently a lab test result for Muha Meds got posted to BlackListXYZ and the gang behind Muha Meds took exception. We do see Muha Meds samples getting tested often and posted on BlackList. Here’s all the problems with those:

This result posted on BlackListXYZ and of course, drew all the fire from the gang behind Muha Meds.

In the past, Muha Meds have shown various contrived schemes to make it look like their cartridges verify. Lately the “brand” went through a QR code verification system, which happened to verify any old code you type in. Well, somebody just found proof of a Chinese packager imitating the plastic shrink-wrap too. 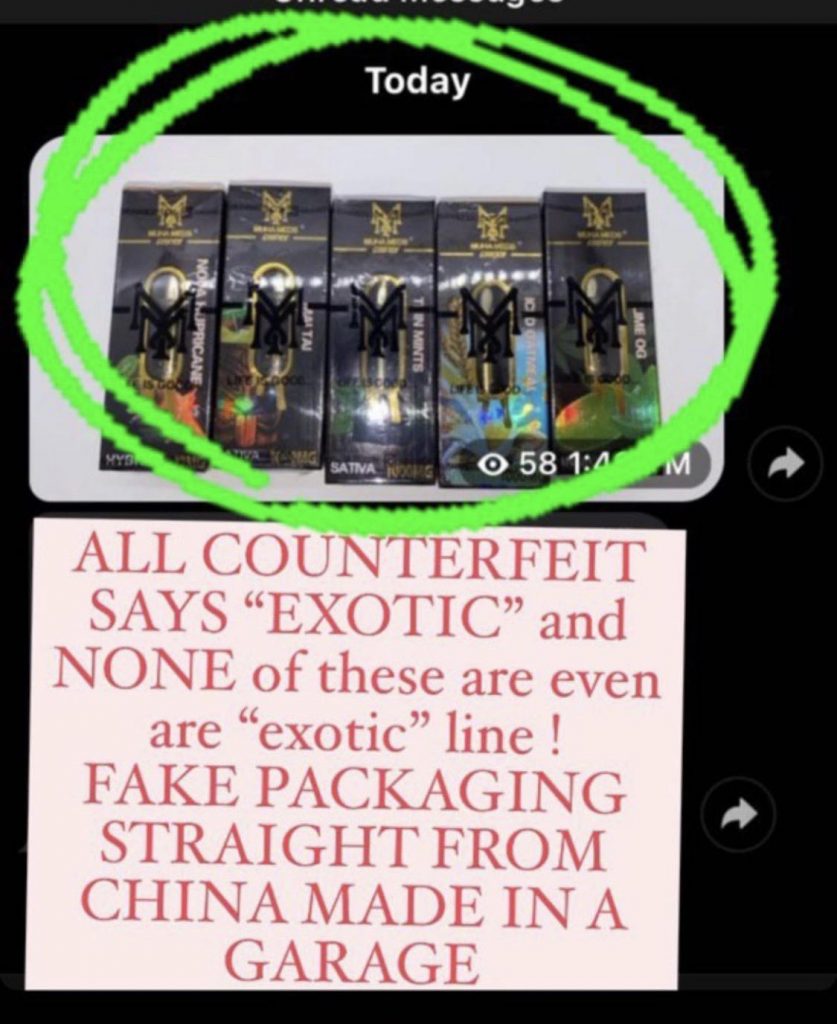 Generations of cartridge users are going to be asking how leg injuries became associated with vaping boof carts, so write this down to tell your grandkids: this user reported their “legs hurt really bad” when using a Muha Meds cart and came to ask if it’s real. The OP never seems to have cleared it up whether this was a typo for “lungs,” or whether maybe he had a condition like a hernia that made his legs sensitive, or what. For the record, nerve damage in the brain can cause pains in the limbs and other areas of the body.

Since then, Reddit being Reddit, users found this randomness to be hysterical and a whole cascade of “this cart hurt my legs” memes were born. This has spread throughout cart culture. 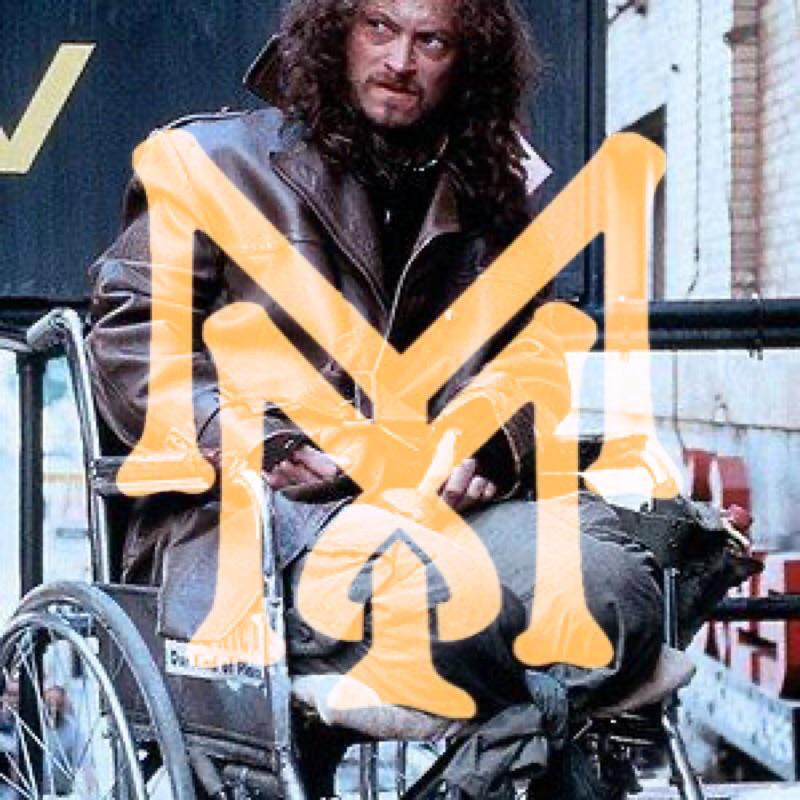 That’s Lieutenant Dan, a character from the Tom Hanks film Forest Gump, who lost his legs in the war.

Exactly like we covered before, social media is filled with thousands of accounts peddling Muha Meds and other counterfeit or fake brands. Muhas are still common on the fake cart packaging websites we check and keep tabs on.

This is a new one on us: Muha Meds are being offered on scam cart websites as well – this time under a brand name of a competing cart “brand”! 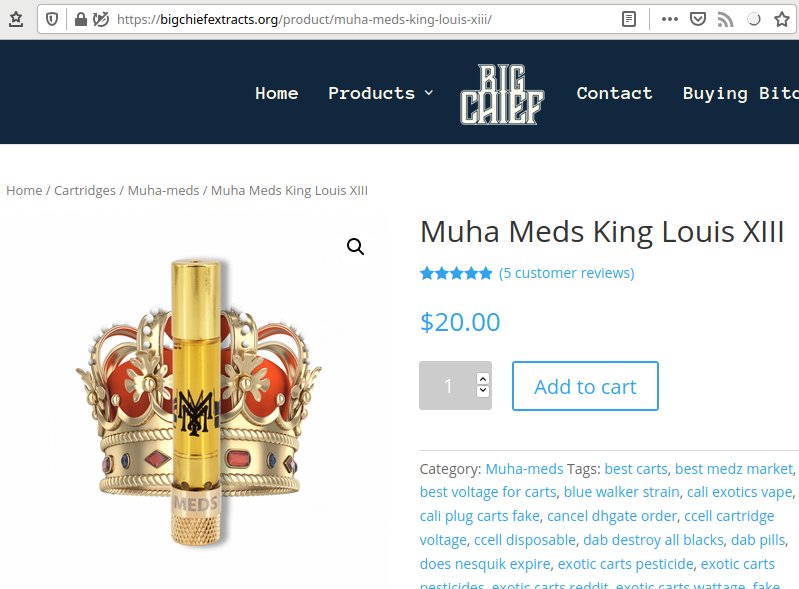 Big Chief, as we have covered before, is also a super-popular brand to counterfeit. Last we checked, Big Chief did manage to latch onto a license by hook or by crook (they’ve let it expire before), and don’t seem greatly concerned that their brand is scattered to the winds of the black market.

The other first we’ve seen is a Muha Meds plug picking up on the political satire market:

“Sleepy Joe” was the nickname applied by Joe Biden’s rival candidate in the recent presidential election. Just another “WTF?” moment on the Muha Meds beat.

Muha Meds may never intend to go legit at all

Despite their fancy website, they just seem to have no motivation to go legit. They could just be out to sell empty packaging and be done with it. At this rate, why quit? Regulation in California seems to be not more than a slap on the wrist, and we as a nation certainly have bigger fish to fry, apparently.